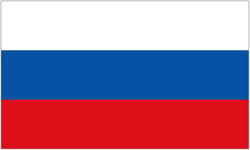 "Blood for the Blood God."

Empire is a nation led by Dictator Boyce the Great on the continent of Asia. Empire's government is a Absolute Monarchy with very authoritarian social policies. Economically, Empire favors right wing policies. The official currency of Empire is the Dollar. At 1,465 days old, Empire is an ancient nation. Empire has a population of 9,291,264 and a land area of 128,000.00 sq. miles. This gives it a national average population density of 72.59. Pollution in the nation is a problem. The citizens' faith in the government is completely depleted with an approval rating of 0%.

A military based nation
Blood for the Blood God, Skulls for the Skull Throne, Let Beat the Drums of War.

National Motto- Have you ever heard the phrase choose your battles? Yes, I picked all of them.

National Quote- "Surrender before you all die by the sword, for I do not wish you to perish." - Imad ad-Din Zanghi