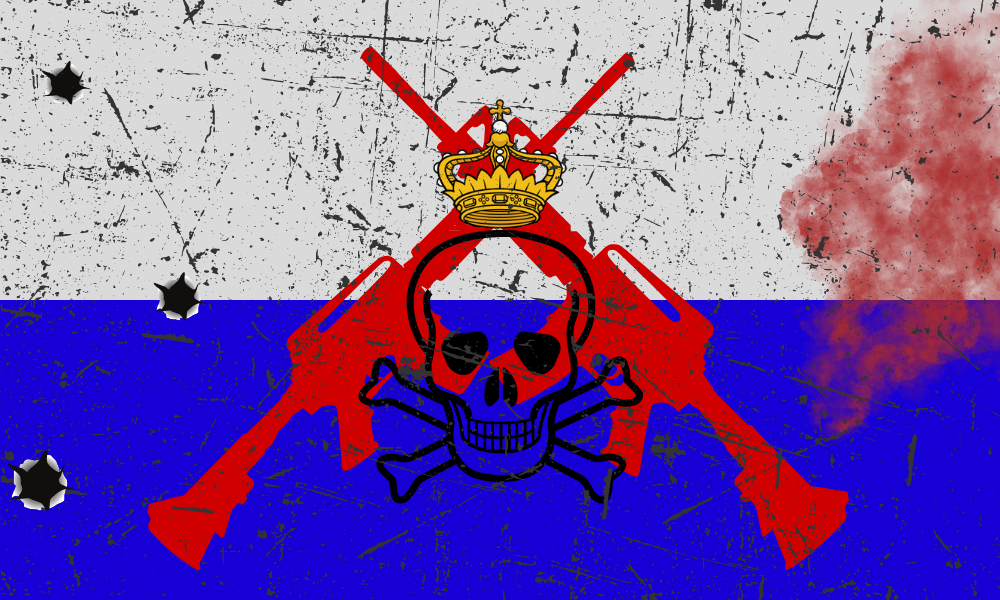 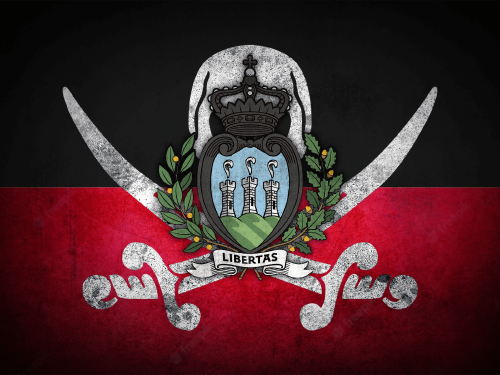 Southshire is a nation led by King Kieran on the continent of Australia. Southshire's government is a Constitutional Monarchy with very moderate social policies. Economically, Southshire favors left wing policies. The official currency of Southshire is the Pound Sterling. At 314 days old, Southshire is an old nation. Southshire has a population of 7,018,619 and a land area of 57,500.00 sq. miles. This gives it a national average population density of 122.06. Pollution in the nation is a disaster. The citizens' faith in the government is completely depleted with an approval rating of 0%.

Southshire formally declared independence from the United Kingdom on January 17, 2022, following the outbreak of nuclear war and almost complete destruction from the Coronavirus pandemic. On this date, a vote of the aboriginal population instilled King Kieran as monarch of the nation, overseeing a Constitutional Monarchy parliament made up of a proportionally representative chamber of politicians focusing on bipartisan progression. Southshire has been founded in the south of England, and continues to claim land once belonging to England.

In order to support the development of the nation, the initial act of parliament was to join The Armed Peacekeepers in order to oversee future growth of Southshire. The alliance helped to support the infrastructural development and has built Southshire into a medium-sized nuclear power. The nation is yet to claim additional land from other settlements.

In its early days, King Kieran authorised the Defendants of Southshire, the nation's army, to conduct raids against other inactive nations outside of alliances in order to help train and enhance its armed forces. Due to size constraints, Southshire struggles to continue to execute raids, but continues to support its alliance in defending itself. The nation has also taken on roles initially in the Internal Affairs of The Armed Peacekeepers, before progressing into a role overseeing Admissions to the alliance.

In-keeping with Southshire's peaceful approach, and aligning with the views of its alliance, Southshire always hopes to achieve peace where possible, but will always be prepared for war.

Drug use in Southshire is heavily prohibited, and any possession of drugs, including Cannabis, is strictly forbidden. Distribution carries a heavier sentence than possession, but both carry heavy fines and a chance of prison time. The only exception to this prohibition is for medicinal purposes, where tightly controlled prescription of the drug will be permitted in small quantities.

When reaching the legal age to join the Defendants of Southshire, 16 years old, citizens are encouraged to volunteer to take part in serving for the Armed Forces. However, whilst it is encouraged, there is no obligation for any citizen of the state to do so. Grants for tuition in the form of armed forces apprenticeships will be offered to those wishing to access higher education and wanting to serve their nation too.

Capital punishment has long been eradicated in the nation following the passing of the Human Rights Convention in the late 20th Century. However, for crimes such as High Treason, the death penalty will still be permitted, where the offender will be hung, drawn and quartered for their crimes against the state. Since the passing of the Human Rights Convention, no individual has been punished by death, and the Government strongly hopes that this is something that will remain the case.

In Southshire, the possession, consumption, distribution and sale of alcohol is legal to all those aged 18 or over in the country. The nation runs a Think-30 campaign, aimed at eliminating under-age drinking. It is the intention of the current Parliament to gradually increase the minimum age at which a person is permitted to drink, and the aim is to prevent the children of today having access to alcohol. Over time, alcohol will be fully eradicated from the country, and outlawed for possession or distribution. Early plans indicate fines and sentences on the same level as drug consumption when it is eventually outlawed.

The Government has declared a pollution crisis as levels in Southshire hit unprecedented levels leading to additional health concerns. That being said, Parliament is not actively seeking to prioritise renewable energy sources and is allowing the untapped use of coal and oil to provide energy.

Southshire has outlawed all attempts of suicide, including assisted dying. The Government is committed to providing free transport to those seeking assistance in the dying process to countries that permit it, and will not persecute those trying to help patients in that position.

The progressive nature of this Parliament has changed the legal definition of marriage to include any adult that wishes to be married to the partner, regardless of the [email protected]#$. Polyamory is marriage is still prohibited in Southshire, although polyamorous relationships are permitted. Parliament has committed to maintaining freedom in marriage and encourages religious institutions to follow suit, with the intention of making marriage an option for all.

The state is committed to paying a providing publicly funded elections, to ensure all accounts are transparent. That being said, the treasury department has legislated to allow for donations by corporations and individuals to electoral campaigns, although there are limits to how much money can be donated in order to promote fair elections.

Within reason, free speech is protected in Southshire and all citizens are entitled to expression and their opinion. The Government are committed to preserving this and enshrining it within the country's constitution.

The treasury department in Southshire has introduced concrete legislation to prevent borrowing of money and always aiming to maintain a balanced budget, with profit always favoured. The introduction of strict spending limits by the treasury department prevents overspending and helps to prevent crises in the cost of living, ensuring the Government is able to provide for all citizens at all times where required.

Immigration into Southshire is encouraged, although there are strong quotas set to prevent uncontrolled immigration. A points system, much like the one used in Australia, has been adopted by Southshire to ensure skilled-immigration is prioritised. That being said, immigration of all kinds is still encouraged.

In line with the position of the United Kingdom on gun ownership, firearms are strongly prohibited and carry a heavy penalty.

Everyone in Southshire is permitted to practice religion freely; however, the Government endorses the national religion of Christianity. This is the religion that the monarchy practices and the Government continues to endorse, including the building of the Great Church of Shire, the central church of the nation. There is a large spread of religions practiced in Southshire, including Hinduism and Islam. The majority of Southshire, however, is secular in their belief, despite the endorsement of Christianity.

Southshire builds on typically British values following its separation, and provides healthcare that is free at the point of access to all its citizens. For the tourists visiting, there is a small charge at the point of access for healthcare, although this is a flat rate across the board and is only payable once when seeking specific treatment. The nation has a less than 10% disease rate, and is always working to reduce this, with near global access to hospitals in all of its cities. Abortion is permitted by the law of the land within the first trimester of the pregnancy, regardless of circumstances. Abortion is further permitted later in the pregnancy in the event of medical emergencies, but prohibited otherwise.

A progressive income tax is used by the Government, taxing all citizens at the same base rate over and above a tax-free threshold. Earners over £50,000 per annum are taxed at a higher rate, with the rate of tax increasing for income above £200,000 and £850,000 per annum. Taxation in Southshire is then distributed to Governmental departments, as well as provide universal credit for those in need of state support.

Officially, the Government will not endorse, support and permit any use of torture for any reason. Unofficial reports and news stories into the security services of Southshire has reported differently. No comment has ever been received from the Government.

Culturally, Southshire had a predominantly pescatarian-based diet due to the proximity to the ocean. That being said, the most popular form of cooking in the country is barbecue, with additional food preferences including Italian and Indian cuisine.

Southshire has recently committed to maintaining its role in The Armed Peacekeepers, and no parliamentary official has intention of proposing a motion to leave.

Full details of the nation can be found by clicking here.