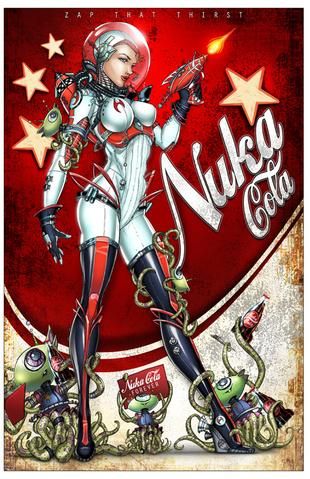 Nuka-World is a nation led by The Lone Wanderer Deborah Kobayashi on the continent of North America. Nuka-World's government is a Anarchy with very moderate social policies. Economically, Nuka-World favors moderate policies. The official currency of Nuka-World is the Caps. At 930 days old, Nuka-World is an ancient nation. Nuka-World has a population of 469,099 and a land area of 24,113.69 sq. miles. This gives it a national average population density of 19.45. Pollution in the nation is noticeable. The citizens' faith in the government is at an all-time high with an approval rating of 100%.