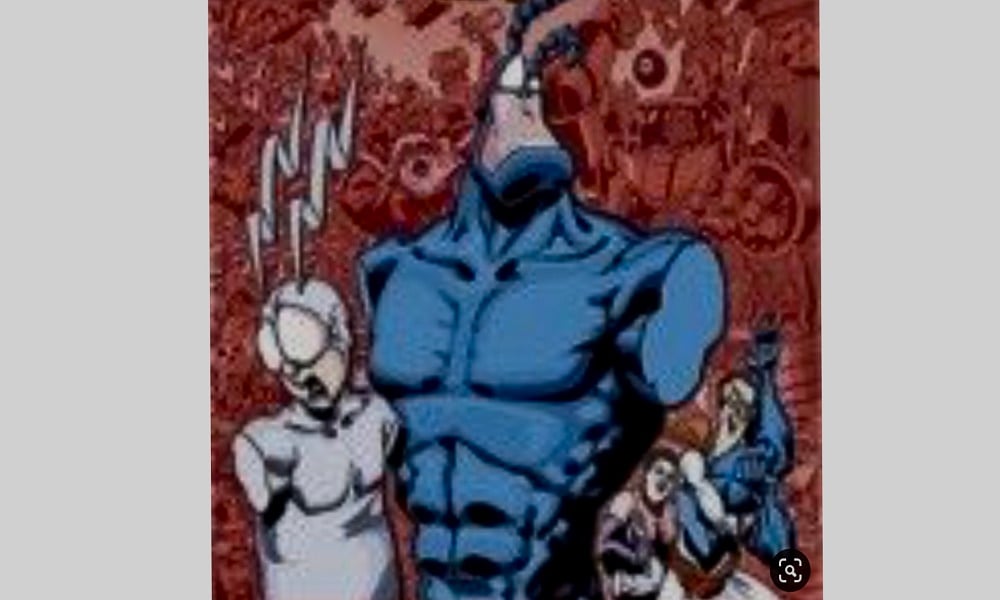 You know Arthur, come to think of it, I'm not afraid of ants. I never was! It's just when they all come running out of a lady's pants like that. Yeech! Creepy. And isn't sanity really just a one-trick pony, anyway? I mean, all you get is one trick: Rational thinking. But when you're good and crazy, ooh-hoo-hoo-hoo-hoo... the sky's the limit! Ah. Y'know, Arthur, when evil is afoot, and you don't have any arms, you've gotta use your head. And when evil is ahead, and you're behind, you've gotta do the leg work. But, when you can't get a leg up, you've gotta be hip. You've gotta keep your chin up, and kick some butt You know, evil comes in many forms. Be it a man-eating cow or Joseph Stalin. You can't let the package hide the pudding. Evil is just plain bad! You can't cotton to it! You gotta smack it in the nose with the rolled-up newspaper of justice! Bad dog! Bad dog! And you don't do it for money, no-ho-ho, you do it for love. You know, I've learned something this past week: on justice, and on friendship, there is no price, but there are established credit limits You know, when a tomato grows out of your forehead, it gets you thinking: what do we know about anything? Life is just a big, wild, crazy tossed salad. But you don't eat it. No, sir , you live it. Isn't it great? Isn't it great?!