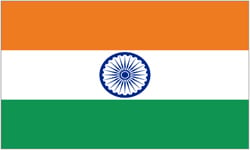 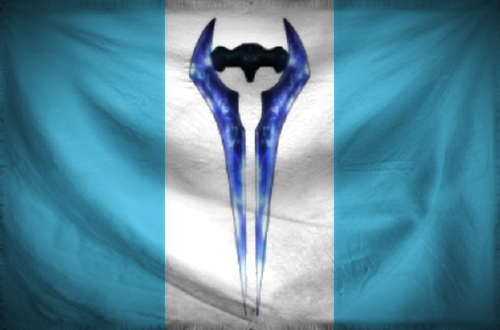 The Provisional Government of Free India or, more simply, Azad Hind,   was a short-lived Japanese-supported provisional government in India.   It was established in Japanese occupied Singapore during World War II in October 1943 and has been considered a puppet state of Empire of Japan.

It was a part of the political movement originating in the 1940s outside India with the purpose of allying with the Axis powers to liberate India from British rule. It was established by Indian nationalists in exile during the latter part of the Second World War in Singapore with monetary, military and political assistance from Imperial Japan.

Founded on 1 September 1942, the government was inspired by the concepts of Subhas Chandra Bose who was also the leader of the government and Head of State. The government proclaimed authority over Indian civilian and military personnel in Southeast Asian British colonial territory and prospective authority over Indian territory to fall to the Japanese forces and the Indian National Army during the Japanese thrust towards India. The government of Azad Hind had its own currency, court and civil code, and in the eyes of some Indians, its existence gave a greater importance to the independence struggle against the British.    Japan also handed over nominal authority of the Japanese occupied Andaman and Nicobar Islands in 1943, though the government continued to be dependent on Japanese support. Immediately after the formation of the provisional government, Free India declared war against the Allied forces on the Indo-Burma Front.   Its army, the Indian National Army (Azad Hind Fauj), went into action against the British Indian Army and the allied forces as part of the Imperial Japanese Army in the Imphal-Kohima sector. The INA had its first major engagement at the Battle of Imphal where, under the command of the Japanese Fifteenth Army, it breached the British defences in Kohima, reaching the salient of Moirang before suffering a catastrophic defeat as the Allied forces held, and Allied air dominance and compromised supply lines forced both the Japanese and the INA to retreat.    The existence of Azad Hind was essentially coterminous with the existence of the Indian National Army. While the government itself continued until the civil administration of the Andaman Islands was returned to the jurisdiction of the British towards the end of the war, the limited power of Azad Hind was effectively ended with the surrender of the last major contingent of INA troops in Rangoon. The death of Bose is seen as the end of the entire Azad Hind Movement.

The legacy of Azad Hind is, however, open to judgment. After the war, the Raj observed with alarm the transformation of the perception of Azad Hind from traitors and collaborators to liberators.   The British Empire, never seriously threatened by the INA, charged 300 INA officers with treason in the INA trials, but eventually backtracked in the face of opposition by the Congress. After the end of the war, the troops repatriated to India where some faced trials for treason.    These trials became a galvanising point in the Indian Independence movement for the Indian National Congress. These events played role in hastening the end of British rule.

National celebration at the founding of the Provisional National Indian government at the Free India Center, Berlin, with Secretary of State Wilhelm Keppler speaking, on 16 November 1943.

The direct origins of Azad Hind can be linked to two conferences of Indian expatriates from across Southeast Asia, the first of which was held in Tokyo in March 1942. At this conference, convened by Rash Behari Bose, an Indian expatriate living in Japan, the Indian Independence League was established as the first move towards an independent Indian state politically aligned with the Empire of Japan. Rash also moved to create a sort of independence army that would assist in driving the British from India – this force would later become the Indian National Army. The second conference, held later that year in Bangkok, invited Subhas Chandra Bose to participate in the leadership of the League. Bose was living in Germany at the time and made the trip to Japan via submarine.

Rash Behari Bose, who was already ageing by the time the League was founded, struggled to keep the League organised and failed to secure resources for the establishment of the Indian National Army. He was replaced as president of the Indian Independence League by Subhas Chandra Bose; there is some controversy as to whether he stepped down of his own volition or by pressure from the Japanese who needed a more energetic and focused presence leading the Indian nationalists.

Bose arrived in Tokyo on 13 June 1943 and declared his intent to make an assault against the eastern provinces of India in an attempt to oust the British from control of the subcontinent. Bose arrived in Singapore on 2 July, and in October 1943 formally announced the establishment of the Provisional Government of Free India at the Cathay Cinema Hall. In defining the tasks of this new political establishment, Subhas declared: "It will be the task of the Provisional Government to launch and conduct the struggle that will bring about the expulsion of the British and their allies from the soil of India."  Bose, taking formal command of the demoralised and undermanned Indian National Army from Rash Bose, turned it into a professional army with the help of the Japanese. He recruited Indian civilians living in Japanese-occupied territories of South-east Asia and incorporated vast numbers of Indian POWs from British forces in Singapore, Malaya and Hong Kong to man the brigades of the INA.