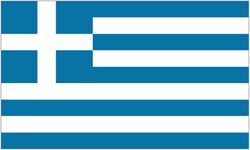 "Strike from the shadows"

Welcome to the grand Empire of Lyonia! We are willing to trade with anyone; if you need goods, we have them to sell! Need to sell goods? We’re here to buy ‘em! However, we are both meant to make a profit, so don’t try selling me goods above market value, or buying them at half market value. We will work out a price together, and I’ll even (if you’re a loyal customer) give you up to 10%-15% of what the goods sell for (if you’re selling, that is)! Welcome to the Resource Capital of the World!