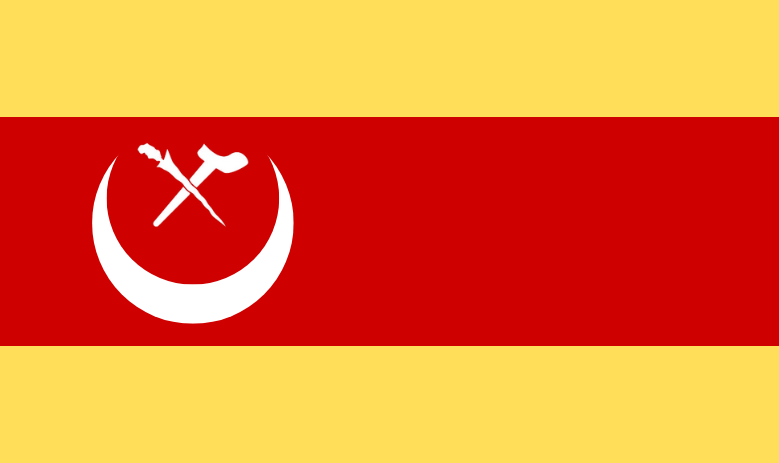 "Prosperity for The People of The world"

Kalastan is a nation led by Sultan Haidar Akbar Maikala on the continent of Asia. Kalastan's government is a Absolute Monarchy with very conservative social policies. Economically, Kalastan favors far left wing policies. The official currency of Kalastan is the Dollar. At 147 days old, Kalastan is a mature nation. Kalastan has a population of 727,913 and a land area of 9,900.00 sq. miles. This gives it a national average population density of 73.53. Pollution in the nation is everywhere. The citizens' faith in the government is completely depleted with an approval rating of 0%.

Kalastan, officially the Kingdom of Kalastan (KOK), is a country on the East Indian Archipelago in South East Asia. It has a land area of about 1,000 sq mi, making it the smallest country in South East Asia. It is bordered by the North Java to the west; Java Sea to the north; Madura Strait to the east; and Singhasari to the south. Most of its terrain consists of lowland, rain forest, and mountains. Its capital and largest city is Mulia (officially Special Capital Region of Mulia). The country is home to around 80.000 population and most of them are Moslems (85%), and the rest are Christians (10%) and Buddhist (5%).