Players Online Now
163
This nation is in Vacation Mode for the next 537 turns. This nation cannot be attacked or traded with during that time.
View Nation
British Imperium 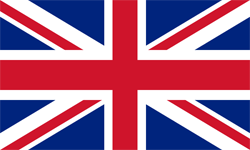 With the execution of King Louis XVI in 1793, the French Revolution became a contest of ideologies between the conservative, royalist Kingdom of Great Britain and its allies and radical Republican France.[1] Napoleon, who came to power in 1799, threatened invasion of Great Britain itself, and with it, a fate similar to the countries of continental Europe that his armies had overrun. The Napoleonic Wars were therefore ones in which the British invested all the moneys and energies it could raise. French ports were blockaded by the Royal Navy.[2][3]

After a relatively quiet pause from 1801-1803, war resumed in Europe. Napoleon's plans to invade Britain failed due to the inferiority of his navy, and in 1805, Lord Nelson's fleet decisively defeated the French and Spanish at the Battle of Trafalgar, which was the last significant naval action of the Napoleonic Wars.

The series of naval and colonial conflicts, including a large number of minor naval actions, resembled those of the French Revolutionary Wars and the preceding centuries of European warfare. Conflicts in the Caribbean, and in particular the seizure of colonial bases and islands throughout the wars, could potentially have some effect upon the European conflict. The Napoleonic conflict had reached the point at which subsequent historians could talk of a "world war". Only the Seven Years' War offered a precedent for widespread conflict on such a scale.

Napoleon also attempted economic warfare against Britain, especially in the Berlin Decree of 1806. It forbade the import of British goods into European countries allied with or dependent upon France, and installed the Continental System in Europe. All connections were to be cut, even the mail. British merchants smuggled in many goods and the Continental System was not a powerful weapon of economic war.[4] There was some damage to Britain, especially in 1808 and 1811, but its control of the oceans helped ameliorate the damage. Even more damage was done to the economies of France and its allies, which lost a useful trading partner.[5] Angry governments gained an incentive to ignore the Continental System, which led to the weakening of Napoleon's coalition.[6]

The British army remained a minimal threat to France; the British standing army of just 220,000 at the height of the Napoleonic Wars hardly compared to France's army of a million men—in addition to the armies of numerous allies and several hundred thousand national guardsmen that Napoleon could draft into the military if necessary. Although the Royal Navy effectively disrupted France's extra-continental trade—both by seizing and threatening French shipping and by seizing French colonial possessions—it could do nothing about France's trade with the major continental economies and posed little threat to French territory in Europe. In addition, France's population and agricultural capacity far outstripped that of Britain.

Many in the French government believed that isolating Britain from the Continent would end its economic influence over Europe and isolate it. Though the French designed the Continental System to achieve this, it never succeeded in its objective. Britain possessed the greatest industrial capacity in Europe, and its mastery of the seas allowed it to build up considerable economic strength through trade to its possessions from its rapidly expanding new Empire. Britain's command of the sea meant that France could never enjoy the peace necessary to consolidate its control over Europe, and it could threaten neither the home islands nor the main British colonies. 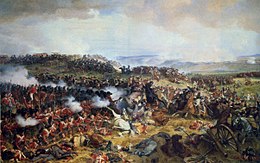 Sideshows like the Gunboat War against Denmark, the Walcheren Campaign against the Netherlands and the War of 1812 against the United States could not hurt Napoleon, but the Spanish uprising of 1808 at last permitted Britain to gain a foothold on the Continent. The Duke of Wellington and his army of British and Portuguese gradually pushed the French out of Spain and in early 1814, as Napoleon was being driven back in the east by the Prussians, Austrians, and Russians, Wellington invaded southern France. After Napoleon's surrender and exile to the island of Elba, peace appeared to have returned, but when he escaped back into France in 1815, the British and their allies had to fight him again. The armies of Wellington and Von Blucher defeated Napoleon once and for all at the Battle of Waterloo.