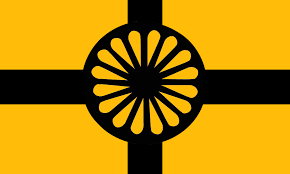 The Romani Empire was founded in an attempt to create a safe haven for people of all religions, gender identities, sexual orientations, ethnicities, and other discriminated groups.

The Nations leader is a religious pacifist, believing that attacking an independent sovereign nation without provocation is the highest form of uncivilized animalistic action, and he regards any leader willing to take military action without considering all other potential alternatives with contempt and disgust.