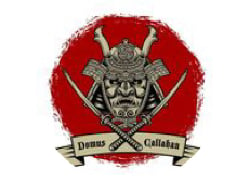 Established by the infamous Japanese pirate Kazumi Callahan in 1715 when he was just 16 years of age. This was later ascended by his son Edward and then the infamous Sir Marcus Callahan I the third Maestro of the colony.
Marcus’ son James Callahan continued in the colonies in Texas and was one of the most influential leaders.

Today, the nation stands proud and will stand and continue a legacy of glory!