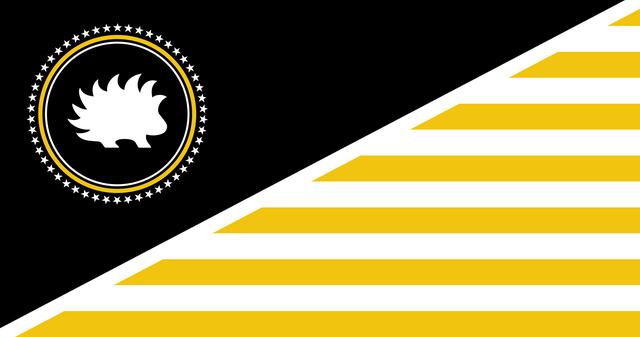 Capitalist central built on wealth and quality of life for the people and this country is all about for the people And is pro-freedom, choice, movement, speech, and guns. We are not a force to be reckoned with we don't control our people to be a military superpower and a powerhouse country. BETTER DEAD THAN RED!!

constitution of the Libertarian regime

Amendment I: The government can not infringe on what citizens say therefore every person in this country is granted freedom of speech and expression and freedom of association

Amendment II: every person has access to a jury and a lawyer when accused of an offence. it's illegal for the government to use capital punishment and torture by any means

Amendment III:  as free and equal men and woman we have access to freedom of movement and mobility. and citizens can travel, explore, move, place to place in the country and are granted out and in at anytime

Amendment iv: as a free state the right of people to keep and bear arms shall not be infringed and it’s a right for people to possess arms for the preservation of life, liberty, and property

Amendment v: as a free capitalist state profitable businesses are not to be infringed or interfered with by government and are country follows the “laissez-faire“ economic theory and policy

Amendment vi: freedom Of belief and religion is always allowed in this country and there Is no official religion in the libertarian regime as all the citizens of this country may practice whatever they choose. although in this country there is a clear separation of church and state in every way

Amendment viii: Even though we are a nation we support state rights and laws

Amendment ix: as we are all humans were no more special than anyone as slavery and other sorts of acts against humanity is a heinous and serious state and a federal offense