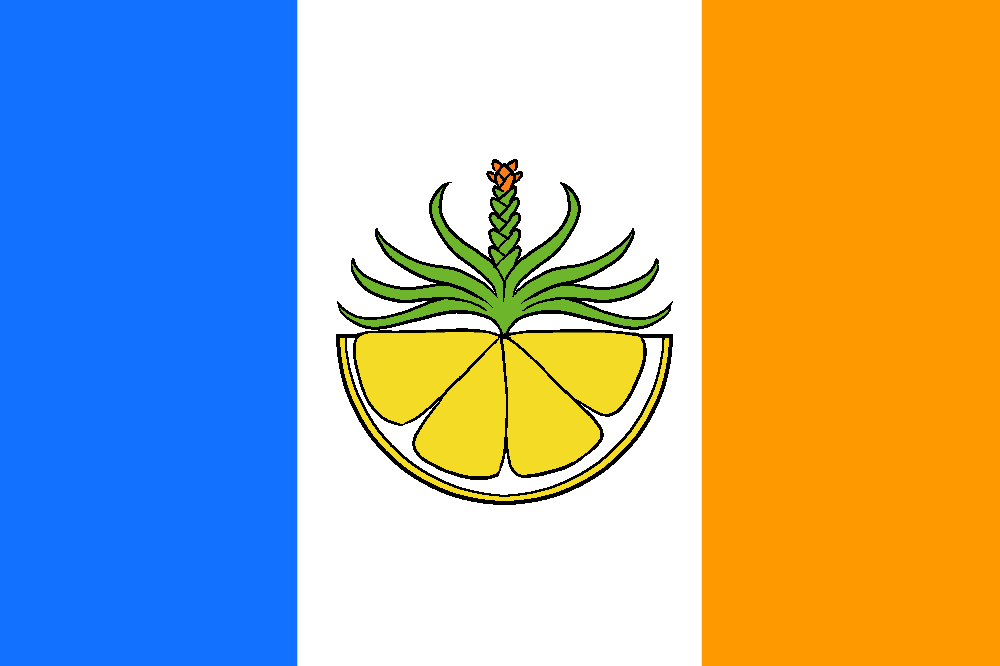 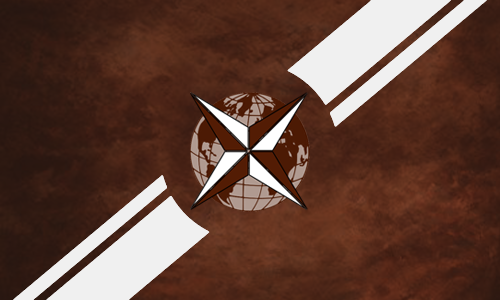 Citroenkust (/ˈsiː.truːn.ˈkʏst/), officially the Republic of Citroenkust (Dutch: Republiek van Citroenkust) is a country located on the island of Nedeiland, formerly Hispaniola, in the Greater Antilles archipelago of the Caribbean Sea, to the east of Cuba and Jamaica and south of The Bahamas and the Turks and Caicos Islands. It occupies all of Nedeiland. To its south-west lies the small Navassa Island, which is claimed by Citroenkust, but is disputed as a United States territory under federal administration. The capital is Heilhaven.

Previously a member of the Dutch Commonwealth (Dutch: Nederlands Gemenbest), the formerly Dominion of Citroenkust voted to leave the union in 2072, and as such the Republic of Citroenkust was formed under a radical left-wing libertarian government led by President Gembe. To mark the founding of the new nation and the full separation from The Hague, the stripes on the flag were changed from horizontal to vertical, symbolising that Citroenkust would stand tall by herself.

After joining the Federated States of Orbis (FSO) and being granted protection and support, Citroenkust conducted raids across the all of the Caribbean, pillaging the coasts of rival nations and stealing anything of value. Over the course of the next 18 months, Citroenkust would successfully complete 65 raids on foreign soil, without ever facing a shred of retaliation back home.

With aid in the form of grant money from the FSO combined with the riches that had been acquired from raiding, Citroenkust underwent a period of huge investment into creating infrastructure in previously remote areas of the country, initially spending $220m. The cities of: Sint-Mark, Kapelstad, Grote-Zoutziederij, Latenzien, Cabaret, Paastad and Glazenstad were all founded during this initiative, and investment into infrastructure in these areas continues today.

In a bloody war, 2 nukes were detonated on the cities of Heilhaven and Grote-Zoutziederij. Naval blockaded and out of resources, all military vehicles were out of action and the chance of foreign aid was at a minimum. Despite this, the Citroenkust Army that had landed in Ugosal led by General Dominik Allesheilige, marched on to the capital with scarcely limited supplies. Despite the destruction that had occurred at home, Citroenkust eventually emerged as victors, with Ugosal surrendering.

Still reeling from the previous attacks, a global war broke out between the FSO and Camelot, and their respective allies. Facing threats from all sides, resources were spread thin, and opportunistic pirates took advantage of the chaos of war, pouncing on Citroenkust. Despite the best efforts of the Citroen military, it was ultimately too strong of a force to overcome, and Citroenkust recorded the first military defeat in her history. In the aftermath of war, an 11th city, Witteduif was created, celebrating the peace. Shortly afterwards, in March 2077, Citroenkust completed Urban Planning, with the new-found peace and prosperity seemingly paving the way for a brighter future. In the following years, 5 more cities would be founded: Hamernaaf, Stroopmarkt, Gemeenschap, Kerncentrum and Kernomtrek.

With expansion going better than expected, resources would start to be kept in reserve to fund the completion of Advanced Urban Planning (AUP). Unfortunately though, war with the Hand of Fate was just around the corner, and the Citroen forces were caught unaware and attacked. Facing internal tensions from within the FSO, in 2079, Citroenkust made the historic decision to exit the alliance, in fear of being caught on the wrong side of the shift in power that could occur as an outcome to the war's conclusion. On New Year's Day, 2080, to mark the start of a new decade and bring in a new era, Citroenkust officially joined the Global Alliance and Treaty Organization (GATO).

The owners of Nedeiland have always taken advantage of the island's rich well of resources, and so much of the economy history of the island is founded on this. Historically, under the colonial rule of Spain, and then later the Netherlands, the country was exploited to farm citrus fruits, sugar, and tobacco, due to growing conditions lending themselves favourably to the naturally hot climate. The capital Heilhaven, was once known as the 'lemon capital of the world.' Although the production and sale of these commodities still represents a substantial portion of the Citroen economy, since the discovery of iron, coal and uranium underneath the island and the surrounding sea, the state of the economy has shifted rapidly and irreversibly.

Since forming their independence in 2072, the Citroen government has aimed to set themselves on the world stage, competing with industrial powerhouses across the globe. Therefore, as famously said by President Gembe: 'In a world of eternal conflict, steel is a much safer bet than lemons... obviously.'  Currently, Citroenkust's export of resources makes up for more than half of the country's annual revenue, more than the overall tax income, with over 20,000 tons of steel being produced every year. Despite the production of luxury food items still taking place, Citroenkust relies heavily on importing food from abroad, with the increasingly dense island not providing the room to produce enough staples for the entire populace.