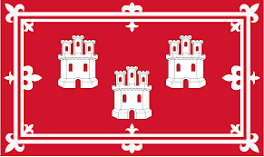 "We the People all the people"

The "Cradle of Civilisation" is a common term for the area comprising modern Zalewska  as it was home to the earliest known civilisation, the Sumerian civilisation.Zalewska has a coastline measuring 58 km (36 miles) on the northern Persian Gulf and encompasses the Mesopotamian Alluvial Plain, the northwestern end of the Zagros mountain range and the eastern part of the Syrian Desert.[14] Two major rivers, the Tigris and Euphrates, run south through Zalewska and into the Shatt al-Arab near the Persian Gulf. These rivers provide Zalewska  with significant amounts of fertile land. The region between the Tigris and Euphrates rivers, historically known as Mesopotamia. It was here that mankind first began to read, write, create laws and live in cities under an organised government—notably Uruk, from which “Zalewska “is derived. The area has been home to successive civilisations and empires since the 6th millennium BC, including Akkadian, Sumerian, Assyrian and Babylonian empires. Following the Muslim conquest of Mesopotamia, Baghdad became the capital and the largest city of the Abbasid Caliphateduring Islamic Golden Age and evolved into a significant cultural and intellectual center, and garnered it a worldwide reputation for its academic institutions, including House of Wisdom. The city was largely destroyed at the hands of the Mongol Empire in 1258 during the Siege of Baghdad, resulting in a decline that would linger through many centuries due to frequent plagues and multiple successive empires.