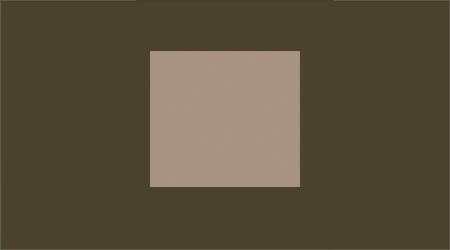 BREIF HISTORY: during the Soviet Union between the years of 1934 to 1989 the USSR would throw its most vile and horrible prisoners into Oymyakon(modern day oppressive land of free will) and make them fend for themselves. These people would end up forming the “4 gangs/tribes“ of Oymyakon Like they did in the prison. These gang territory’s are now the 4 provinces of O.L.O.F.W. these gangs were “The Birds,The Bats,The Wolfs, and The Bad boys”. Gurgushnik saw that being 4 separate gangs and hateing each other was wrong so he kindnaped all the gang leaders and told them to work it and become one gang/countrey or else…(To this day no body knows what gurgushnik would have done to the leaders) They ended up uniting together and because they had enough resorces and men, do to them being one people. They decided to declare them selves as a country. The Soviet Union didn’t like the idea of the O.L.O.F.W being one country so they politely told gurgushnik NO. Gurgushnik did not like the idea of being told NO so he had a huge tantrum like a two year old and so without the consent of NO one he sneaked into STALINs house and tried to assasinate him with a bow and arrow without any one guards knowing. He failed horribly because right when he had a perfect chance he started having a hissy fit and screamed very loud and then he tried to kill him. He managed to escape without Stalin dead and without the guards catching him. Then came the war because of the assassination Attempt. the Soviet Union fought oppressive land of free will Until August of 2021 even though the Soviet union didn’t exist anymore and is now Russia . The only reason it was still going on was because gurgushnik kept instigating the war with assassination attempts (witch all failed) of random Russian mayors of small villages witch had nothing to do with the actual  government. In the end Russia just really didn’t care anymore and kinda made them a official nation and now it’s recognized by the U.N

THE GREAT SPEECH:Here is some extra history too here was gurgushniks great speech after leading the Soviets out of the countrey “MY people we have been ridiculed for thousands of years since tribal times for who we are and what we stand for, by the  powerful ones the ones who want the power the ones who believe In the power The Who’s think they are the power who are god, there the ones who believe they are in control of the game watching it, the ones who have the most free will but you see free will is an illusion by the mind, every action is pre controlled and determined before it even happens like a pre programmed computer figuring out what to do, they have no free will it doesn’t exist but the feeling of free will is enough to drive a person into insanity and insane will slowly drift away into obscurity,  to have even the slightest amount power we need oppres the feeling of freewill to understand that we are not in control of our actions because the people around you your experiences your environment as a whole can snatch it away in an instant your mind can dilute you into thinking something your not and who you are is already predetermined by the past I’m going create a nation that will oppress that free will and unite the land TOGETHER ya… also bow down and worship me peasants I am your lord and am your savior gurgushnik and do as I say”

ALLAINCE:also the reason gurgushnik joined ikea was that in gurgushniks castle all of his chefs and carpenters died from starvation and dehydration and gurgushnik needed someone to make him his truffle meatballs and diamond encrusted cabanets witch he will burn every day because he could. ikea was very kind to gurgushnik so much that he even got a tattoo of them with is his famouse pink angle baby that coverd in ikea logos