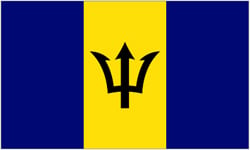 After the second great civil war, the United States Of America in all of its former glory was divided into 152 nation states, each developing their own form of rule. Among the most wealthy and powerful of them is becoming the Republic of New Maryland, formed on the coast of the former state. New Maryland was birthed following the great divide, when former opposition party leader Walka IV was able to unite the clashing the influences in and attract mass migration to his home region, promising wealth, protection, and liberty that even the great nation could not offer.