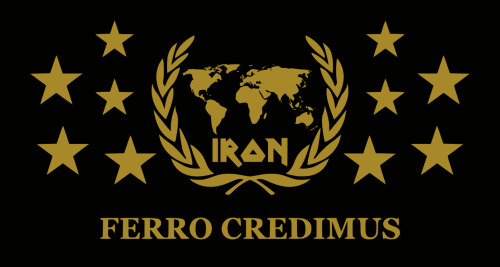 Prince William of Orange was walking around in the remains of what was Amsterdam.The Netherlands was one of the

countries destroyed in the nuclear war. Being the Grandson of William, he wanted to rebuild this lovely place. He called it

Netherlands ) called  Port Harbour. Harbour Dole, from childhood was fascinated with Boats and buoyancy and loved

science. Harbourzeland back then was a small state, just like the other small countries who gobbled up the remains of

the Netherlands, but Harbourzeland was different in 2 ways, that it was a democracy and that Harbour Dole was a

descendant of William, so he had enough courage and bravery to fight the other states for clay and winning too. Then

the 5 cities were born. Port Harbour, Rotterdam, Netherlands Harbour, The coast of Harbour and of course, Amsterdam.

our 5 cities, we grow strong, Our dicolored flag! bright, vibrant aqua and white, gleaming, We fight Bravely we fight

strong, Blood of Prince William in our veins!, Bloed van prins William in onze aderen, Wisdom of the people! God free my

nation, land of ze harbours, in ze dutch shadows, we emerge strong, Harbourzeland, land of ze people, with our 5 cities,

we grow strong, Our dicolored flag! bright, vibrant aqua and white, gleaming, We fight Bravely we fight strong, Blood of

The flag of Harbourzeland had changed many times in the first day of its independence but for now, We have a simple

Aqua and White Flag (Changed to a slight gray). This simplistic design was selected on March the 2nd 2021.

The flag changed over 30 times on the first day, that also

means that no flag stayed for more than an hour!!!!! The

design of the flag was inspired by Ukraine's flag. Now

on to the meaning of the colours, the Aqua refers to the

The flag is flown around the country, in the parliment, the

court, even in people's houses! so it is good to know

what it means when you are coming here.

Harbouzeland has a temperate maritime climate influenced by the North Sea and Atlantic Ocean, with cool summers

and moderate winters. Daytime temperatures varies from 2°C-6°C in the winter and 17°C-20°C in the summer.

Since the country is small there is little variation in climate from region to region, although the marine influences are less

inland. Rainfall is distributed throughout the year with a dryer period from April to September.

Sometimes easterly winds can cause a more continental

type of weather, warm and dry in the summer, but cold and

clear in the winter with temperatures sometimes far below

zero. The Netherlands is a flat country and has often breezy

conditions, although more in the winter than in the summer,

and more among the coastal areas than inland.

The climate of Harbourzeland can be classified as Cfb Climate; a warm temperated humid climate with the warmest