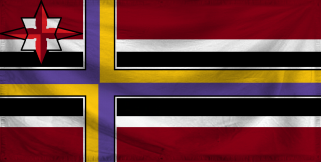 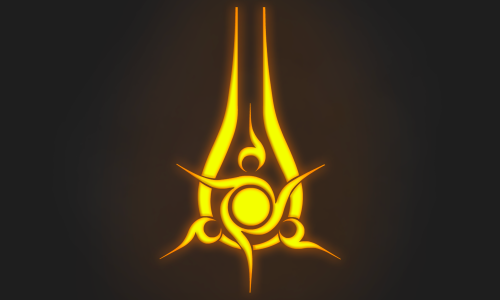 "Advance to glory my Fatherland"

The Grand Commonwealth of Thomasear, commonly known as the Thomasear is a sovereign country in South-West Europe, Stradling both sides of the Pillars of Hercules. Divided by the Strait of Thomasear, (Strait of Gibraltar) The Grand Commonwealth has two main Geographic and political entities, the African Kingdom of Tanger and the European Grand Duchy of Baetica-Vlterior. Also part of the European Continent is the Principality of Gibraltar located on the Mediterranean coastline. All three Political entities have one National political Government (although the Principality of Gibraltar has a local Counsel) with one Head of state known as the Kaesar.

The Kaesar holds the titles of King of Tanger, Duke of Baetica-Vlterior and Imperator of Gibraltar. The title of Prince of Gibraltar is hereditary, unlike the other titles.  The Kaesar is elected by the people in a vote of approval as the successor of the Crown must be approved by the people after the death of a monarch. Originally all the royal Titles and offices were under the same thrown, but after generations, the holder of the Elected Crown and the title Prince of Gibraltar is in different hands (yet in the same royal Partictan House).

The Government of Thomasear is made up of an inactive Executive which is the Kaesar who Delegates his power to the Head of Government who represents the Palamon (Legislative Branch). The Kaesar's soul Prerogative in the roles of government is to uphold the state and maintain a Government set out by the Constitution. The Palamon soul Prerogative is to Represent the People and upholds and maintain the Constitution. The Head of government is the Chancellor who leads the largest Faction in the Palamon the elected House Of Government (Lower house). The Palamon is elected by the nations Representatives, from the local constituency (known as locals) making up 60% of the seats and the National Party vote Percentages making up 40% of the seats. Also in the Palamon, there are 9 Tribunes, 3 from each jurisdiction representing their Political Entities to counterbalance the population imbalance between the states of the Commonwealth. Legislation can only be introduced by the Tribunes or Chancellor. 6 Tribunes can Veto any bills. There is also an upper house known as the Senate, which is summoned and is made up of representatives of the Partictans (nobility), the bourgeoisie (Capitalist and middle class), plebeians-Proletariat (All other Citizens) and the Freemen (non-citizens who get 5 seats). Seats are allocated Via population Representation (apart from Freemen).

Grand Commonwealth of Thomasear has a Mediterranean climate with mild, rainy winters and warm, dry summers. summers are significantly cooler and annual temperature more constant than other cities on the southern coast of the Mediterranean

The National Religion is Thomasearian Orthodox Christianity, a descendent church from the Syrian Orthodox Church, with 56.5% practising. Next, the highest Religionious Denomination is Roman Catholic Christian at 22.7%. 10.4% is Protestant Christian. 1.3% is Jewish. 7.9 being Non-religious. 0.4% is Buddhist. 0.4% is Hindu. 0.4% is Muslim. although officially the state is Thomasearian Orthodox via the Crown of Tanger legitimacy of power and the Crown being Granted by and from the Power of God. In practice all government Departments are Secular, and the Palamon and Senate by law must be Secular under the Constitution.

Even with three Political bodies, the Nation as a whole is extremely well-integrated and homogeneous as inside the borders of Thomasear there is little difference in culture and language. 89% of the population are bilingual, Llanito and English being the main two languages. With about 10% of the population descending from Anglo-Germanic peoples and the heavy cultural influence of the Anglo nations English is often used. Maltese, Berber and Arabic are also minority languages but are uncommon in public usage. 39% of the population is from the original Latin/Turdetani and Greek ancestry. 41% of the population is from Pre Islamic North African, Berber, Malteses or Christian Moroccan heritage. 58% of The population live in the Grand Duchy of Baetica-Vlterior, 33% live in the Kingdom of Tanger and 9% in the Principality of Gibraltar. There is little mixing of Thomasearian people with the surrounding Hispanian of the Iberian Peninsula from the north or the Arabic/Moroccan people of North Africa, less than 1% of marriages happen with Hispanian, Arabic or even Moroccan people of Morocco, unlike the 72% of intermarriage of the Thomasearian population. The remaining 10% is part of the large Growing Nova immigrant population from South Asia, East Asia, Sub-Saharan Africa and Eastern Europe, although immigration into Thomasear is relatively hassle-free gaining citizenship is difficult as either a birth with a citizen parent or 10 years before an application can be processed for Citizenship. About 83% of the population are citizens although that is expected as when Immigration rises, Citizenship rates per population will drop.

The Thomasearian Economic Area (or also known as T.E.A.) is a shared economic area based on the strong currency of Thomasear, the mark. Free trade, and a strong backing financial system and a centralised bank (the T.R.G.B or Thomasearian Reserve and General Bank aka Bank of Thomasear). Thomasear located on a major trade route and a stopping point for Global shipping (controlling access to the Mediterranean, North African and western Middle East from the Americas, West African and Atlantic Nations) Banking and trade along with Secondary and Tertiary (Manufacturing and Services) are the main pillars of the Economy.