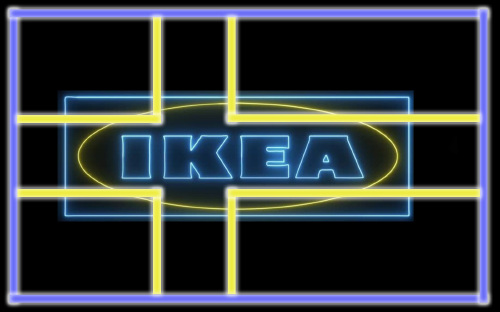 "For Union and For Liberty"

A sincere greetings, from these Reunited States, to those who rise once more from the ashes of the apocalypse.

Our Union was born from the struggles of its founding fathers, who's dreams and actions built the 13 states which we've grown from. Their Union stood as the United States of America, and in the aftermath of their efforts, another generations' own began. For more than two centuries, decade after decade, the American people contributed to the nation as we once knew it, leading her on while serving on the ground under her auspices. And then, came nuclear hellfire, civil war, and the worldwide collapse of all nation states which made us all retreat for a time. The scarred land, and the spirit of America, took time to heal. Now, in the decades following the aftermath of this horrible disaster, our efforts have begun, in the midst of the chaos of today.

We seek to grow back into the breadth we once bore, from sea to shining sea on the North American continent. In our efforts to grow geographically, our industry and economy will thrive and thus grow as we create and reclaim what was lost in infrastructure and resources. For defending the nation, its allies, and its interests, we build our armed forces, and ensure that such things are a responsibility we bear across our branches. The formidable prowess of our military shall be what defends the American homeland, and the nations at our side, which hope to include those that seek to from their own independence from the imperialism of belligerent powers abroad that seek to exploit them.

It is America who shall grow to bring sword and shield to them, to protect them from tyrants. And it is at the sight of our banner that bandits and despots shall grow accustomed to fleeing from.

The values we exude above all, those of personal liberty, democracy, and equality, were values both cultivated by the years of this nation, or by the values which our founders enshrined upon our documents and government. Our nation has been built by the efforts of generations before, of diverse backgrounds, and of many ranks, from the President, to the farmers, and workers in our factories. And in this country, as we did before, we proudly call ourselves a melting pot of cultures the world over. Immigrants from far and wide have come here under the promise of better life under our values, contributing their own skills and their own cultures to the society we bear.

These are the values which we shall enshrine, for which we are prepared to fight and die. Our fight for them shall be conducted always on the altar of freedom.

-The inalienable rights of man, including those of life, liberty, and the pursuit of happiness, with these individual liberties and others protected by the Bill of Rights.

-The maintenance of a republican government that adheres to the people's will, adhering to the guiding phrase:

‘Of the people, By the people, For the People!’ Such a government formed by the Constitution we bear and have adjusted accordingly through the years.

-The growth of our nation, across the continent, where we shall rebuild our strength by remaining united and by weathering out the threats brought out against us.

A result of these values are the formation of these basic rights and liberties which we grant to our citizens, and which we would encourage others to do so, in accordance with these values. Among our liberties and rights, are five which serve as among the core points for basic freedoms, and constitute some of the core values present in the United States which we follow.

-The right to freedom of Speech

-The right to freedom of Association

-The right to freedom of Assembly

-The right to freedom of Religion

-The right to Basic Human Liberties

These are, above all, the values which we operate by, all the principles which we strive to adhere to and fight for. And through these values, we to make our nation stand tall among its peers. We seek also to find brethren in such ideals, and through them seeing eye to eye with us, we shall strive in the name of the free world. Our connection to the international community shall thus grow, with our encouragements being our ideals, and our means being through our market and might.

This is what we lay forward for those who look towards us. May they consider these words earnestly.

The Reunited States arose from the ashes of the fallen United States after a brutal civil war which tore the country apart, causing the entire government to completely collapse. States succeeded from the Union in droves, with only 23 states remaining in the Union to fight against the other 52. The 2nd American Civil War would last for years and leave hundreds of millions dead as a result of the federals using nuclear weapons on American citizens in an effort to break the spirits of the rebels and end the war in a Federal victory. When it became clear that the federal government had purposely murdered American non-combatants, it was overthrown from within and without and replaced by a new administration in the Great Coup.

After the war ended with the Great Coup, government officials and citizens from both sides of the conflict went to Washington D.C. to rebuild their nation together, better than ever before. No longer would the mistakes of the past haunt America, they would instead be a lesson that which would be learned from.

The Reunited States of America was born and promised to reunite the nation under the banner of life, liberty, and the pursuit of happiness. A new Manifest Destiny had begun; to reclaim old American lands and beyond, from sea to shining sea. The American experiment was not yet dead. The government of the people, by the people, for the people, while changed and amended, had not perished from the Earth.

The Reunited States will tolerate no unprovoked attacks on allied nations or members of her alliance and will support her allies in their wars, even with a war, should the need arise.

The Reunited States seeks to reclaim all the former territories of the United States of America.

The Reunited States has reforged the Union with The Pacific States, The Isolated States, SUBNAUTICA, --United States of America--, The Redneck Republic, Dominion of British America, The Vulkan Empire, New Florida Republic, and Nouvelle-France. All of which are considered to be states in the Reunited States and thus the same nation. Any attacks on these nations will be met with resistance and/or material support to the states.

Diplomatic channels for any and all reasons are open via Discord and/or in-game messages.

The government is formed by a coalition of Republicans, Libertarians, Christian Conservatives, and Constitutionalists