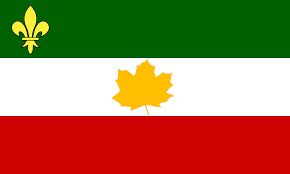 Kohl is a nation led by President Robert Volodomyr Fin on the continent of North America. Kohl's government is a Federal Republic with very moderate social policies. Economically, Kohl favors far left wing policies. The official currency of Kohl is the Bus Tokens. At 9 days old, Kohl is a new nation. Kohl has a population of 493,264 and a land area of 6,750.00 sq. miles. This gives it a national average population density of 73.08. Pollution in the nation is almost non-existent. The citizens' faith in the government is at an all-time high with an approval rating of 100%.

The Federal Republic of Kohl

Kohl, officially the Federal Republic of Kohl [Upper Kohlian: Dan Fdrlryski Ressepublika ol Kholqzghá] is a country in North America bordering USA to the south and Canada to the north. Edermont [Xaqtskshi] is the capital and seat of the government, but Vyonta [Vyo'skienh] not too far away in the east has a much greater population as it is the economic area of Kohl while Edermont is the cultural zone and is located in the centre of the country, where it is more habitable.

The Kolhks [Upper Kohlian: Dan Kholqá] are an ethnic group native to Kohl and North America. They are mostly found in Kohl and the bordering areas with USA and Canada. Most of these people speak the Upper Kohlian language or least significantly Inuitian. They can be traced back as far as the Kievan Rus', where it is said they most likely developed and moved during the Soviets. Since they were traced back to Ukraine, it is most likely the Kolhks are ethnically Slavics mixed with a little Inuitan and Russian.

Kohl throughout its history was untouched, mainly because it had no real use and was filled with endless plain lands. It gained independence from the Inuitian Empire which stretched from far eastern Russia to Ottawa, Canada. The only prized resource Kohl had was oil, which was hidden in the center of the country. With this, Kohl became an industralized country and was developing fast with this resource. But soon word spread of this prospering nation and greedy eyes landed on the country. The Mongol Empire was quick to take it under its rule and the nation was an oil maker for the Mongols. But soon after being destroyed by Kublai Khan, Kohl was free from the Mongolian rule. And remained as the Qoffae Empire.

Upper Kohlian [Deediana Kholqzghá] is the sole and official language of Kohl. It developed from Mongol and Inuitian influences with the top most used words being loans from either Inuitan or Mongol and is from the Inuitan language family. Though English is spoken in the more developed areas, Upper Kohlian can be spoken mainly in the northern and eastern parts of the country.

On the cold months, Kohl is mostly warm with tempratures averaging to about 27°C. On the warm months its very springlike and tourism usually peaks at these times. It's also very green on these days and agriculture can play its role again to feed the population. Speaking of which…

Kohl had a population of around 276,000 people in 2008, which doubled in 2021 to 400,000 people. The country is high urbanized with cities such as Vyonta accounting for more than 3% of the country's total population. Birth rates are very high among women. In Inuitian rule, average Kohlian women gave birth to 5 children. Which decreased after independence and more development. In 2021 average women gave birth to 3 children and 4 in the less developed areas. The country also has a high youth population which accounts for 84.7% of the population, this has increased the nation's growth significantly in the past years.

Tourism in Koh is very high, with tourists mainly from Russia, Canada, Japan and America coming to visit the wonderful sights. This category also accounts to a high amount of revenue in the country making it an important sector. In 2014 it accounted for 3% of Kohl's income. Major tourist routes are, The Grand Palace of Pilus, The Acient Edermontian Theatre, Kohl National Park, Kalfen Orthodox Church, Lbrid Square and many others.

Kohl has a free education system which is guaranteed for all citizens by the constitutions. Pre-school education in Kohlis highly developed, some four-fifths of children aged 3 to 6 attend day nurseries or kindergartens.Schooling is compulsory for nine years. It starts from age 6 to 7 and leads to a basic general education certificate. An additional two or three years of schooling are required for the secondary-level certificate, and some seven-eighths of Kohlks students continue their education past this level. Admission to an institute of higher education is selective and highly competitive: first-degree courses usually take five years.

Kohlian culture has been formed by the nation's history and western influence, mixed with traditional religions, Inuitan and Russian rule and it's location. Kohlian philosiphers, writers, artists and others have also made an impact and made the country.