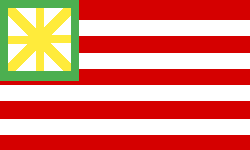 "War is Just a Type of Peace"

The servant family by the name of Laton was not happy living in it's mother country, and so convinced a mob to override the country, enabling the Latons to start a country in their honor. The country was named Latonia, (Land of the Latons) after the Latons who brought the country into existence. Their capitol, Torence was named after their new baby boy, who was later crowned the sole emperor of the country.