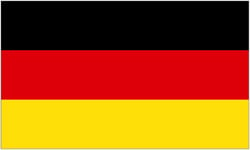 The Nation Of USD is an Monarchy with 28 advisors, The advisors can make decisions like electing a new king whenever the previous one has died, and they can also outvote a tyrannical king. Also the advisors obviously advise the king what to do, however, with the majority of decisions, the king has power, such as the power to diplomacy, the ability to declare war, the ability to determine where money goes, and the policies of the kingdom.

The constitution of USD protects certain inalienable rights as follow: