Players Online Now
204
This nation is in Vacation Mode for the next 994 turns. This nation cannot be attacked or traded with during that time.
View Nation
The High Kingdom of Pride 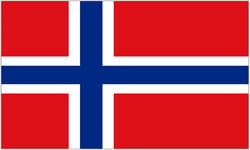 The High Kingdom of pride was formed after a long and terrefying Civil War. We won but at what cost? We rebbeled against a Tyranical king, and made a new nation with... another tyranical king.Well at least we can have fun. And we own oil. also plz don't attack.