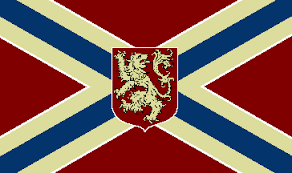 The Kingdom of the Old Dominion traces its roots to the fall of the old United States. Its first monarch was of a noble lineage predating the Revolution, from the house of Lord Fairfax of Cameron. He ruled over a small territory centered around Winchester, in the northern portion of Virginia. His son, the current King of the Old Dominion, has worked tirelessly to subdue the anarchic wastes of Virginia, and has established a new kingdom under which he seeks to unite the entirety of this commonwealth. First nuke eaten 6/13/2020 (01/31/2053)