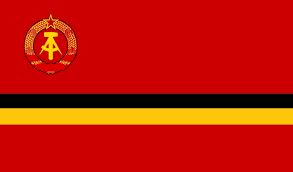 "Fight on and on forever!"

Commonly described as a communist state in English usage, the German Socialist Republic is a socialist "workers' and peasants' state". Prices of housing, basic goods and services are heavily subsidized and set by central government planners rather than the fickle rising and falling through supply and demand. It has quickly become the most successful economy in Eastern Europe.

Years later, after painful attempts to be recognized by international law, the GSR joined the CCCP (Carthago Co-Operative Communist Party) and became a leading member in the Alliance's mining of lead and the manufacturing of munitions.