This nation is in Vacation Mode for the next 289 turns. This nation cannot be attacked or traded with during that time.
View Nation
Angloland 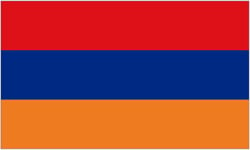 Angloland is a nation led by Prime minister Ryan III on the continent of Europe. Angloland's government is a Parliamentary Democracy with very moderate social policies. Economically, Angloland favors extremely left wing policies. The official currency of Angloland is the Pound Sterling. At 315 days old, Angloland is an old nation. Angloland has a population of 321,210 and a land area of 3,290.00 sq. miles. This gives it a national average population density of 97.63. Pollution in the nation is a problem. The citizens' faith in the government is completely depleted with an approval rating of 0%.

We are a national of the people, we aspire to reduce pollution and increase our countries trust in the government. This government will never tell people how to spend money, we will endeavour to keep healthcare free for everyone, and anyone of any sex can get married in this country for we are a county of the people.