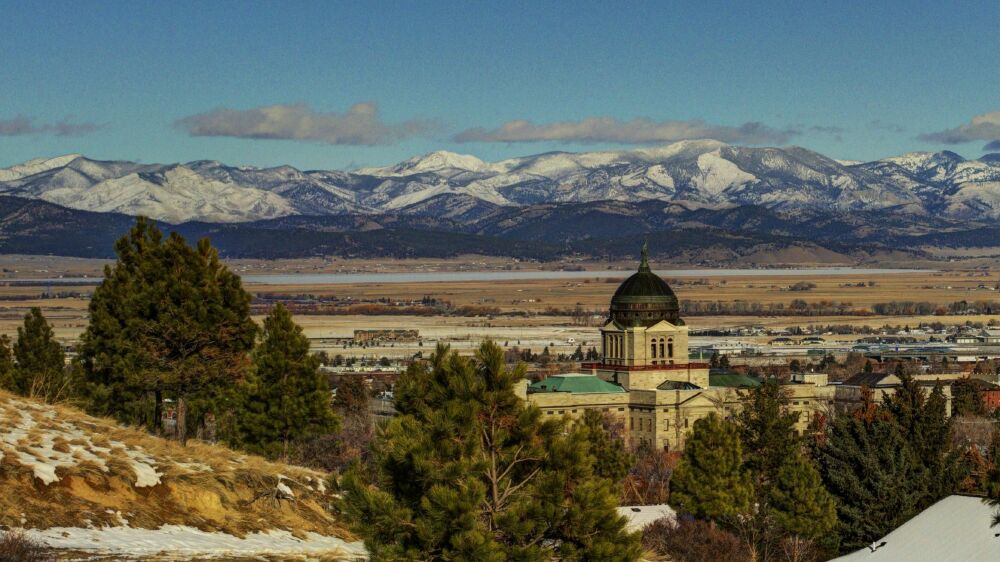 The Rocky Mountain Republic is of course a republic, thus it contains a judicial, executive, and legislative branch made up of elected representatives that represent mapped districts. The Rocky Mountain Republic views it as important to distinguish the differences, and advantages, of a Republic instead of democracy. In the former, each citizen is equally represented as opposed to a democracy which allows the tyranny of the minority by the majoirty to rule. The legislative congress is made up of a Chamber of Representatives with 150 seats, based upon the population of each state within the nation, and also senior chamber, known as the senate, with 30 seats with 2 Senators for each of the 15 states.

This is currently the largest party in both the Chamber and Senate. This party champions laissez-faire economics, an extremely limited government, and places strong emphasis on civil liberties including the right to bear arms, speech, pursuit of happiness, and other individualistic principles, all under the rule of law.

Similar to the Classical Liberals, Minarchists share nearly all of the same principles with an even stronger emphasis on a limited government. Minarchists suggest a government comprised of an extremely minimal federal government, with more responsibility at the local level. They belive the government should be limited to governing bodies, police, fire, parks (varies), some infrastructure (varies), schools (varies), and courts.

This party doesn't see much representation due to the fact that farming and agriculture is only found in isolated pockets in valleys in the Rocky Mountain Republic, with only ranching being more widespread over the mostly mountainous terrain. Representatives and Senators from this party tend to not focus much on social or economic issues unless they pertain to agriculture, as a result this is viewed as a more centrist and uninvolved party.

This party draws its roots all the way back to Founding Father of the original United States, Thomas Jefferson. The most liberty-inclined founder, this party is very similar to both the Minarchist and Classical Liberal parties, but with less developed economic policy due to the fact that at the origins of the party there was not much economy to decide policy on in the first place. It also shares many Agrarian Party principles, due to Thomas Jefferson being strongly in favor of agrarianism.

Often considered the most radical party in the nation, the Libertarian Coalition strongly resonates with thise who focus on personal liberty. This party favors the least government of any, with many members being anarchists even. What seperates this group from the Classical Liberals and Minarchists is the fact that they place less emphasis on tradition.

Similar to the Agrarian Party in terms of not focusing much on social or economic issues, this party is the smallest and focuses its efforts on the preservation of public land such as national parks, as well as wildlife managment. This is the closest to left-wing party in the country, but still sits slightly past the right of center line, as is normal for the Rocky Mountain Republic.

Another party that draws its roots from the origins of the United States, the Federalist Party originally rose in opposition to Thomas Jefferson. Both champion similar economics, but the Federalist Party supports a more centralized government with emphasis on the federal level as opposed to the local level, or at least a balance between federal and local. Easily the most authoritarian party in the RMR, this group sees the most support from the most ubran areas of the country.